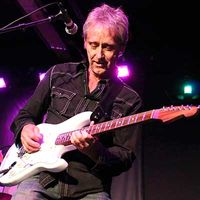 blue at Red Gravy, 23 S Tejon St, Colorado Springs Michael Reese started playing guitar at the age of ten. He has been established as one of Colorado’s finest guitarists and has earned the honor of opening for guitar luminaries Johnny Winter, Robben Ford, and Steve Morse. Michael was nominated as “Best Guitarist of the Year” at the prestigious Los Angeles Music Awards for his work on his first solo CD. Michael’s second major music endeavor was produced by Santana drummer Michael Shrieve. Their first album was nominated as one of the best ten jazz CDs of the year by Jazz Central Station.

Artist Note: Playing guitar has always been a huge part of my life and I have always enjoyed sharing this gift in hopes of inspiring others to follow their dreams!